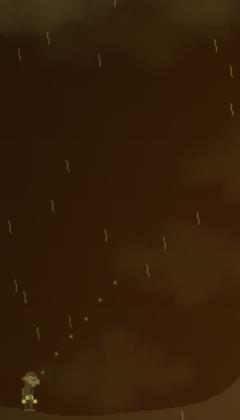 Two monkeys fighting each other in a devastating thunderstorm with only some explosive bananas between them.

Being a remake of the old "Gorillas" (see additional link) this game was heavily pimped by the use of particle effects for rain and thunderstorm as well as with destructible Terrain.

This Game was written using C# and SFML.NET. I would like to thank @Thunraz for the monkey sprite.