Shut The Fuck Up 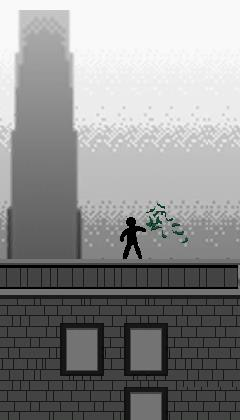 Shut The Fuck Up has been developed for the Devmania 2014 Overnight Contest (2014-10-04 to 2014-10-05 within 19hours). It is a running Game in which you jump over roofs and houses and have to fight enemies by throwing "take my Money" at them. Shut The Fuck Up offers animated retro graphics and a full soundtrack as well as sfx and recorded shouts.

Shut The Fuck Up was developed in Unity while using SVN, Graphics Gale, Photoshop and Cubase 5 and SFXR for Sounds. It was created by Clemens "ClayManZ" Schädig (Programming, VoxSamples), Lisa "Drako" Zumblick (Graphics) and Simon "Laguna" Weis (Programming, Music, SFX).

There is a timelapse video available on youtube, please check the additional links for that as well as the sites of Drako and ClayManZ. There is also a link to the gamejolt version.