Last week the gaming industry met in Cologne, Germany. But besides Gamescom, the largest video games convention, another event took place: IGJam, the first game jam at Gamescom. I was one of the lucky participants. This post is going to be a postmortem about the game Koza i Babushka which was a collaborative project.

As I started jamming in 2013 with Ludum Dare and #1GAM, on-site game jams (which means, that you are gathering at a specific location for a game jam) are not what I am used to do. The IGJam was my second on-site game jam. The first one was the very nice SemesterGameJam (mini edition) in June 2016, where I created Clichee Wars.

As the tag (mini edition) implies, SemesterGameJam was not that big. I only realized how big game jams can grow, when I entered the IGJam room at the Koelnmesse conference center. Up to 200 people gathered there to create a game within 48 hours. 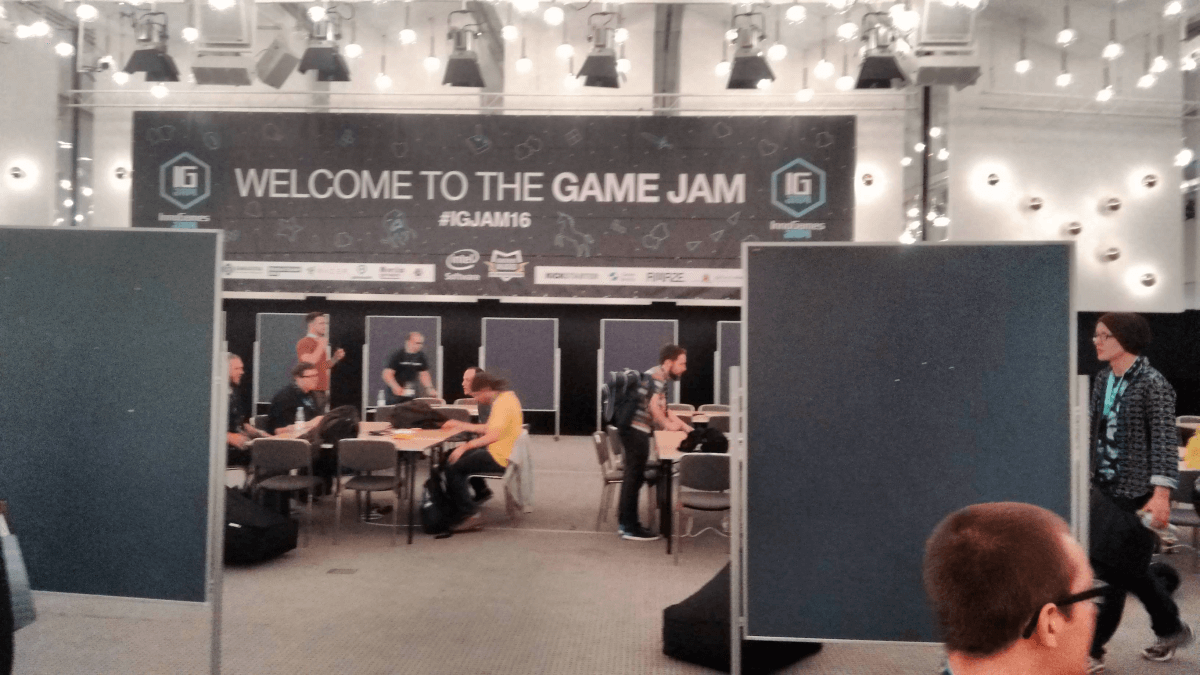 All the people were very nice and I had many interesting discussions. I really liked the jammers being very diverse. Some developers even came from Indonesia. At first I was a little bit afraid of team building, because I knew no one prior to the jam. But the organizers did an awesome job and everybody found a team quickly. I got to work with three very nice game designers on our project. They worked on graphics, level design, animations and so on, while I worked on programming. For sounds and music there was a separate team, which provided excellent work for most of the teams at the jam.

Every jam needs a theme and the IGJam's theme was "Masks", which I personally liked very much.

We quickly decided to do a game about a russian woman who is looking for her goat. The old woman can use different animal masks (which you have to find first) to gain the animal's power or ability (like jumping higher, getting smaller or seeing in the dark). Using a mask will drain some of your personality, which you can refill in your house. If you loose all of your personality, the game is over for this run. Dangerous spikes and other obstacles also drain personality. 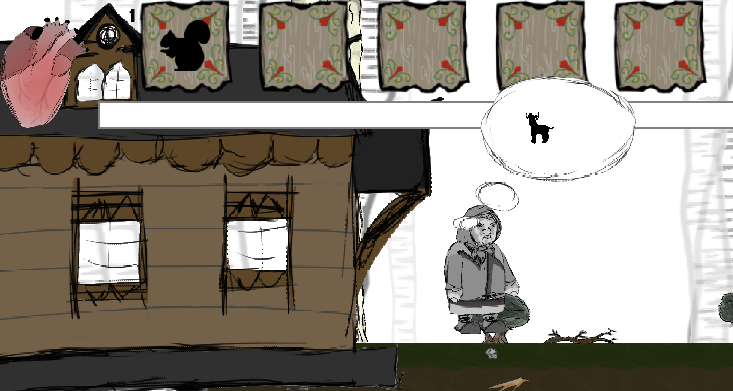 Besides team building and starting the jam on day one, I took some time and checked various booths at Gamescom. This was a great experience, since the last time I visited Gamescom was in 2010. The exhibition was even bigger and really good and inspiring. Back at the jam, we spent the evening with planning our workflow and setting up the basic project.

... was the main day for working on the game. We started importing the level, implemented most of the gameplay features (like climbing on ladders, switching mask, losing and refilling energy. etc..) At some point during the day I felt really overwhelmed by the amount of work that would be needed for the game to be completed, but after starting to write down the tasks and removing the finished tasks, I slowly gained the feeling it would be a very nice game.

At the end of day two, there was a feedback round, where we could show our game to the public. Of course none of the games shown there were really finished. The idea to force all teams having a playable prototype after 24 hours is nice, because it forces you to focus on what is important.

In the morning of the third day there were only a few hours left and I felt like I was really struggling a lot. The game needed a lot of balancing (which mask uses how much energy?) and the cut scenes (mainly intro and outro) had still to be created. I really crunched for working for the last hours, and we finished 11 minutes before the deadline. I am very proud of the final game.

Every post mortem needs to contain a "good vs. bad" section. Criticizing your own game is hard, but I like doing so, because I learn a lot from looking at one of my games some days after finishing. Yesterday I had some friends at my place who played Koza i Babushka and they mainly support my points.

The IGJam has been a great experience and I am eager to visit more on-site game jams right away. Next weekend there is Ludum Dare, so August will have been a pretty creative month with three games done.